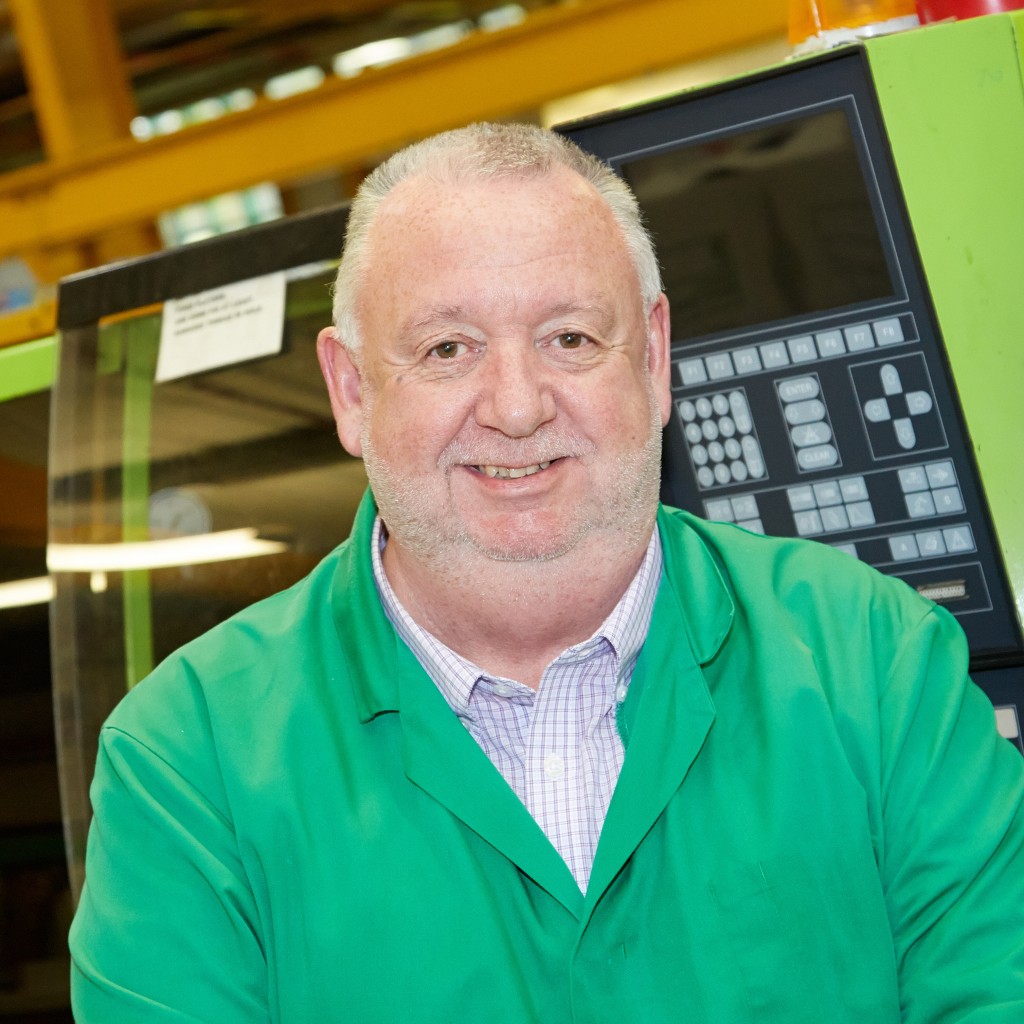 Paul Goulding, Production Manager celebrates his retirement milestone at the end of the week. An integral part of the success at Regina Industries, Paul shared his journey, his working history, achievements and highlights during his 28 year tenure.

“Coming from doing 22.5 years in the Coal pits, I was familiar with the factory previously and helped with machine installs when the factory was relocated from Fenton to Parkhouse”

What was your first role?

“I was then asked by Chairman Mr Schuller if I could take on the night shift as Shift Supervisor there were issues with production and I continued this for 12 months. We managed to resolve the issues and production went from strength to strength, as I was able to pass on my knowledge to the night operators

An opportunity arose internally for a tool setter and I did that for 7 years.

What was it like taking on new skills, understanding the machines and new processes?

I can pick things up quickly and Dave O’Neill who was my tutor had helped and guided me when I first came to the company.

I was fortunate to be involved from the start when the company invested in new machines and completed the training alongside.

Originally the product range was closures, caps and various other trade mouldings that expanded in to medical and laboratory and some of the other product you see today and that was a great learning curve”

“The company went through massive changes and invested in lots of new machines and I was involved thanks to Mr Schuller. Once the technology was established we could do more things and bring new customers on board.

We were doing more work in the Healthcare industry and for the Automotive sector for example taking on work from Sumitomo when they closed.

Moulding fuse boxes for Bentley, engineering polymers and technical mouldings – this had to be of the highest quality because it was important to such a prestigious brand at the other end of the scale to our cruet stoppers, which if you turn over a ceramic salt & pepper pot you will possibly see our closure!

There were other aspects such as Integral components for Electric meters, working to fine tolerances, again a huge learning curve but a great team effort

Mr Schuller always wanted to have a diverse customer base and keeping options open was important, rather than putting all your eggs in one basket.”

“The way my career has progressed at base level and retaining the position today.

We were involved in lots of projects but in particular the tube tooling for the fly tubes and various other blood sample tubes, which was something we hadn’t done before. We now produce fly tubes in huge amounts for medical research.

At the time I was tool setting, I sampled various new tooling to make sure that is was fit for purpose and pleased to be involved from conception through pre product sampling to customer approval into full production.

There have been challenging times with having a small workforce but we managed to get through it with the good will and help of the entire workforce.”

“Travelling, love reading, keeping fit and well and spending time with the family.

It will be a big change, as I have only been unemployed for a week over 50 years of my working life, but I am looking forward to the next chapter and wish everyone well at Regina.”

“Don’t ask anybody to do anything you’re not prepared to do yourself, that has been my motto all through my career and to be fair.”

The whole team at Regina Industries appreciate the dedication and hard work Paul has done during his time, he has played a vital role in the growth of the company and we all wish him the very best as he enjoys his well deserved retirement.